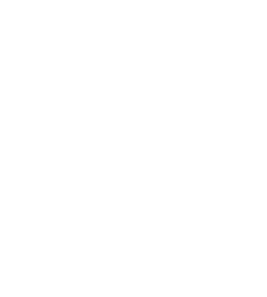 It took some hard labour to build a treehouse into a secret location in the middle of a Finnish forest. This is the place into which a Finnish band Steve'n'Seagulls invites their fellow musicians to visit. Among activities, good times and playing music they are filming a brand-new music series. The first episode out of the six-piece first season will be released on the 8th of April. The release platform is the Steve'n'Seagulls YouTube channel with close to a million subscribers.

"It was an evening after a gig we played in Finland. It seemed to be so that all the live dates would be postponed again due to this pandemic. The evening turned into a night and the idea to build a treehouse for music was born. And since we decided to build one - let's invite people to visit! And even if the pandemic would postpone our tours and almost everything, we wanted to stay active. This way we would get to spend time together, do cool stuff and of course play music with awesome musicians. What more can one wish for? This whole process of building a treehouse and filming this series has been a huge sparkle for us during these weird and difficult times." the band explains their project.

Seagulls' Nest is a new kind of music series. All the events take place at the spark of a moment and it includes plenty of genuine moments between the hosts and the guest. The first guests are known Finnish musicians. As soon as it is possible the Seagulls' Nest will welcome its first international visitors. First six episodes will present a diverse variety of visitors. Such as Timo Kotipelto of Stratovarius, Noora Louhimo of Battle Beast, Samy Elbanna of Lost Society and one of the Finnish rock legends Sami Yaffa of - let's see - Hanoi Rocks, Michael Monroe, New York Dolls, Joan Jett etc. Hosted by them 'Gulls the guests will have plenty of space and time to go through their life and careers. Also, a lot of different activities are possible and will take place at the surroundings of Seagulls' Nest. The main focus of this series is on music. As a result, each Seagulls’ Nest episode includes two newly arranged songs - performed live by the guest and Steve'n'Seagulls, activities, interviews and stories about music and life.

The Finnish band Steve'n'Seagulls took the internet by storm in 2014 with their YouTube videos and their rendition of Thunderstruck going madly viral. Since then, they have been touring around the world and recorded four albums. The latest one Another Miracle was released in November 2020. All albums have climbed up to the Billboard bluegrass chart top 15. Their videos are widely known and so far, have reached over 240 million views on YouTube.

LATEST VIDEOS FROM THE NEST!

We are more than thrilled to introduce the first guest of Seagulls' Nest - Timo Kotipelto! Why so thrilled? Because he is a true legend of metal music. His international musical career has spanned over three decades and is still going on strong. We were eager to hear about his life and the time in the music industry. And of course we wanted to let him tell you all more about himself and his thoughts. But let's be honest - most of all we were more than happy to record two songs with the one and only Timo Kotipelto!

Timo is a Finnish musician and known best for his work as a lead vocalist of the power metal legend Stratovarius. He joined the band in the year 1994 and they have since recorded over ten studio albums and toured all over the world becoming one of the cornerstones of the power metal scene. This versatile vocalist has also released three solo albums with a group titled Kotipelto, an acoustic album Blackoustic with guitarist Jani Liimatainen and two albums with Cain's Offering. He has also featured on numerous other albums and movie soundtracks.

It’s time for the second episode. This time the band are more than happy to have Noora Louhimo visit their treehouse.

Noora is widely known as the vocalist of the metal band Battle Beast. Her charismatic vocals are a major part of four Battle Beast albums. And her first solo album Eternal Wheel of Time and Space will be released in 2021. While she has taken the world by storm with her vocals and colourful personality her stage presence is also something that leaves no one in doubt.

The band were happy to have Noora visit them after seeing their show in Sweden rock 2015 they were yet to meet on the road so they were eager to hear about her career, musical passions and take a deep insight to her awesome personality. And most of all it was very cool to get to play music with her. Her vocal sound is something very unique and works like a charm with banjo, accordion etc.

Samy Elbanna was founding the Lost Society in 2010 and already two years later the band played in the finals of the Global Battle of the Bands band competition in London. At the same time, the band signed an international record deal with Nuclear Blast Records, known for metal music. In addition to the band that released four albums and played bands around the world, Samy is familiar with the ranks of The Local Band, where this virtuosic guitarist thrives on bass.
"We thought it was great to have Samy as a guest at Seagulls' Nest. First of all, he's an incredibly tough musician and a great personality. But also because both Steve'n'Seagulls and lost society originated in Jyväskylä, so there are common roots. In addition, the funny coincidence is that Hiltunen and Remmel were working at a local music store when Samy took steps towards founding the Lost Society sometime before the 2010s. The young musician went to buy a music campus, and it was hardly thought that in just over ten years' time it would be time to play music together in a tree house. Well, here comes the time." Steve'n'Seagulls' crew will be diagnosed.

Seagulls' Nest was created by Finnish band Steve'n'Seagulls in the midst of the coronavirus pandemic. The band built a tree house in a secret location, where the events of the series take place. In addition to Timo Kotipello, Noora Louhimo and Samy Elbanna, guests of the series include Sami Yaffa , who has a long and varied career. As Steve'n'Seagulls focuses on hosting, let's let guests talk about their lives and career stages. Guests can also try out a variety of activities tuned by the hosts. Music is at the centre of the series and each episode features two songs as a joint performance by Steve'n'Seagulls and the guest star. Steve'n'Seagulls' YouTube channel, which has over 900,000 subscribers, was selected as the release channel for the series.
Steve 'n' Seagulls initially rose to wider recognition with his YouTube videos in the summer of 2014. Since then, the band has been diligently touring the stage at home and abroad, especially in Central Europe and North America. All four of the band's albums have been included on Billboard's album charts and finland's official album chart. The latest album, Another Miracle, was released in November 2020. The band's music videos have garnered over 240 million views in the wonderful world of the internet. 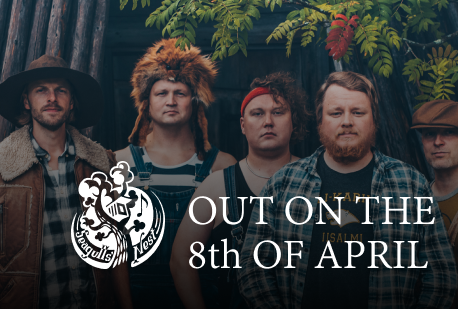 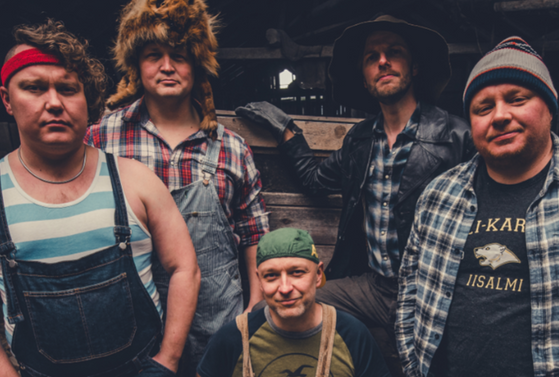